Will Trump Ever Pay a Price?

The second impeachment acquittal of Donald Trump was more wrenching than the first, and the first was bad enough. Explaining his reasons for not calling witnesses in the first impeachment, Republican Sen. Lamar Alexander, who had already announced his retirement, basically acknowledged the president’s guilt: “I don’t need to hear any more evidence to decide that the president did what he’s charged with doing.” He voted to acquit, though it’s worth recalling that the first impeachment was for an offense not too dissimilar to the second—attempting to manipulate the election by knee-capping his chief political rival with extorted dirt.

This year, there has been some cheering about the 10 House and seven Senate Republicans who voted for impeachment. It’s a record number of members of a president’s own party who have voted against him, we are told. All honor to those who took the difficult path.

But, good God! The president attempted to steal the election. He launched an insurrection against the Congress. He stood by as people lost their lives and as allies begged him to intervene. He enjoyed the spectacle. They had it coming, he tweeted at 6 p.m. on January 6. “These are the things and events that happen when a sacred landslide election victory is so unceremoniously & viciously stripped away from great patriots who have been badly & unfairly treated for so long.” That only a handful of Republicans could vote to convict him is a sign of deep rot.

It also leaves millions of Americans who thirst for justice unsatisfied. Few things are more maddening than the villain who goes unpunished. And so we look to other possible avenues of justice. As impeachment manager Ted Lieu pointed out, an acquittal means Trump can run again, and lose again,and claim fraud again, and incite violence again. Barring Trump from seeking any office would have been both morally satisfying and a necessary insurance policy against his further depravity.

But that opportunity is gone. Chances of a criminal indictment for incitement to riot are slim.

Throughout his tawdry business career, he stiffed creditors, evaded taxes, skated free of bankruptcies, and escaped punishment for discriminatory housing policies. While many public men paid harsh prices for their egregious maltreatment of women, Trump managed to avoid a MeToo reckoning as well. As president, he broke up families, obstructed justice, pardoned war criminals (and cronies whose silence benefited him), attempted to extort Ukraine into manufacturing dirt on his chief political rival, and then attempted to upend the electoral process that is the very heart of democracy.

Many are placing hopes in a Fulton County, Georgia district attorney who is investigating whether Trump’s call to Brad Raffensperger demanding that he “find” 11,780 votes was the crime of election fraud. New York’s attorney general is investigating Trump’s possibly deceptive manipulation of property values to avoid taxes, while the Manhattan district attorney is probing the Trump organizations’ “possibly extensive and protracted criminal conduct.”

Additionally, Trump could be the target of multiple civil cases arising from the events of January 6. The NAACP has filedsuit on behalf of Rep. Bennie Thompson against Trump and Rudy Giuliani alleging that they violated the Reconstruction-era Ku Klux Klan Act by conspiring with white supremacist groups to prevent members of Congress from executing their constitutional duties. The list of possible future plaintiffs includes the families of the seven people who died on January 6 or immediately thereafter, the 138 Capitol and D.C. metropolitan police officers who suffered broken ribs, lost fingers and eyes, and endured concussions, burns, heart attacks, and psychological injuries.

Even Mitch McConnell, after voting to acquit Trump on jurisdictional grounds, issued an unconcealed plea for some sort of accountability:

We have a criminal justice system in this country. We have civil litigation. And former presidents are not immune from being held accountable by either one.

So far, the only institution that has been able to squeeze any accountability out of any of the liars on TV “news” has been the tort law system. Dominion Voting Systems and Smartmatic have extracted retractions from a number of right-wing TV outlets. It’s too bad that there is no tort remedy available for use against senators and House minority leaders who toldthe world that the election was stolen.

We need some sense that you cannot trample norms and laws with impunity. We need a sense that truth still matters, that justice is not an illusion, and that you cannot “get away with” causing the worst subversion of American democracy since the Civil War.

So godspeed to all the prosecutors, IRS officials, and lawyers who are assembling cases against Trump. Judges and juries are less likely to be conned than millions of voters.

We know in advance what Trumpworld will say about the coming legal tsunami. They will seize upon the favorite dodge of criminal office holders worldwide—political motivation. They will claim that every suit or indictment is part of the conspiracy against Trump and Trump followers. They will proclaim, as they have about the Mueller investigation, the dozens of women who’ve accused Trump of abuse and worse, and both impeachments, that they are fatally flawed because they’re “politically motivated.”

This is the off-the-shelf excuse for every corrupt politician, and Trump’s shelf appears to be unusually well stocked. Responding to the Georgia criminal inquiry, Trump staffer Jason Miller dismissed the investigation as “simply the Democrats’ latest attempt to score political points by continuing their witch hunt against President Trump, and everybody sees through it.”

What everyone should see through is this feeble talking point.

Rod Blagojevich, former governor of Illinois, gained fame for corruption that exceeded even Illinois standards (his predecessor also wound up in prison). In addition to trying to sell Barack Obama’s vacated senate seat, he shook down a children’s hospital and threatened the owners of the Chicago Tribune. What was Blagojevich’s excuse? He launched a (successful) lobbying campaign for a Trump pardon claiming that his prosecution was “unjust and politically motivated.”

Former Israeli prime minister Ehud Olmert did prison time for corruption. In his memoir, he blamed“right-wing extremist forces” and unnamed Jewish American billionaires for engineering his downfall. It was all “politically motivated.”

Former Brazilian president Luiz Inácio Lula da Silva was convicted of charges of graft and money laundering. His explanation? “There was a pact between the judiciary and the media to remove us from power,” Lula told a rally of his supporters in 2018. “They couldn’t stand to see the poor rise up.”

In 1998, the American first lady appeared on morning television to tell the world that accusations that her husband had conducted an affair with an intern and then instructed her to lie about it were false and arose only due to a “vast, right-wing conspiracy.”

Rep. Duncan Hunter, who inherited his House seat from his father and was among the very first House members to endorse Trump, pleaded guilty to misuse of campaign funds for a variety of personal expenditures including family vacations to Italy, Hawaii, Phoenix, and Boise, school tuition, dental expenses, theater tickets, and domestic and international travel for almost a dozen relatives. There was tension with Mrs. Hunter when it was revealed that campaign funds were also devoted to romantic weekends in Lake Tahoe with individuals “14, 15, 16, 17, and 18.” Hunter described the investigation as a “politically-motivated witch hunt.” (Trump also pardoned Hunter.)

Rep. Chaka Fattah was sentenced to 10 years in prison for racketeering, bribery, and money laundering. He apparently used donor funds to pay down his son’s college tuition debt, and accepted an $18,000 bribe to help a friend secure an ambassadorial post. What did Fattah say about the investigation? Plenty. It was “unconstitutional” and “unlawful” and, yes, “politically motivated.”

Rep. William Jefferson was charged with bribery after FBI agents raided his home and found $90,000 in cash in his freezer. The bills were wrapped in aluminum foil and stuffed into frozen food boxes. While Jefferson didn’t claim political motivation, his followers did:

The Rev. Aubrey Wallace, a Baptist church assistant pastor in suburban Jefferson Parish, said the verdict doesn’t erode his belief in the ex-congressman’s innocence or his view that the prosecution was politically motivated. “We’re going to rally around him,” he said. “I’ll be a supporter until the last breath in my mouth.”

So, yes, he and his followers will shout “political motivation” and “witch hunt,” but it rings tinny now, not just because it’s so flagrantly false, but also because it’s all they’ve got.

Is Russia Un-Losing the Cold War? 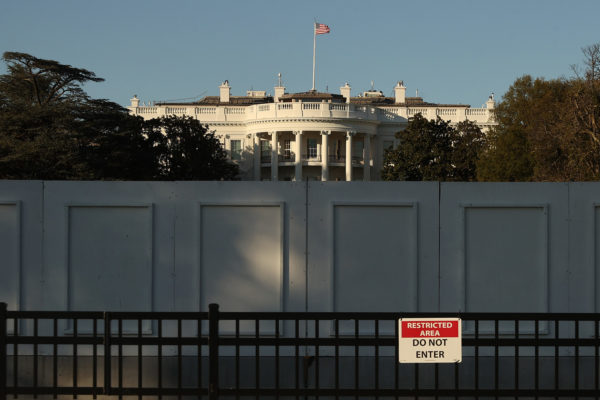 The Problem with Legislating from the White House 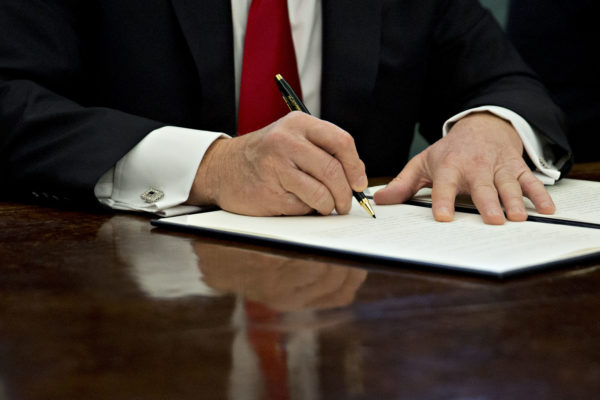 Let’s Make a Deal to Roll Back Executive Power