It’s not really about liberalism vs. conservatism as much as it’s about who influences society, and how.
by Kyle D. Larson
Democratic presidential candidate former Vice President Joe Biden leaves the lectern after delivering remarks at the Hotel Du Pont March 12, 2020 in Wilmington, Delaware. (Photo by Drew Angerer/Getty Images)
Share on Facebook Share on Twitter Share via email Print

One source of the great confusion in modern American politics is our ideological disorientation. What do the two parties stand for? The Democratic party owns the moniker “liberal,” a word synonymous with freedom, but the party is regularly accused of being authoritarian. And the Republican party owns the moniker “conservative,” a word that means resistant to change, but in the Trump era, the party has aggressively attacked the traditional norms that govern American politics and government.

So as to avoid confusion, I’ll refer to the “liberal” political movement in the United States as “the Left,” while using “liberal” for the political philosophical tradition; likewise, “the Right” and “conservative.” The Left and liberal are not the same thing, and neither are the Right and conservative. In fact, liberal and conservative, as political philosophical traditions, are not even properly opposed to one another: The liberal tradition teaches that as equals, people ought to be able to make their own choices—think: John Stuart Mill. Its antithesis is authoritarianism à la Thomas Hobbes. Conservatism is the belief that change should be slow, as enunciated by Edmund Burke, as contrasted with radicalism of various kinds.

At the extremes of both parties are movements opposed to their respective conservative elements. The debates between the “far left” and the “center left” inside the Democratic party are essentially fights between the radical and conservative Democrats. There’s general agreement that there needs to be change, but disagreement about the extent of change that is needed and how quickly it should occur. Taking both in the best possible light, the radical Democrats argue that justice delayed is justice denied, while the conservative Democrats focus on the pragmatic questions of policy and how to accomplish lasting change. Similar debates have occurred within the Republican party, with conservative Republicans increasingly getting tagged with the RINO label.

Authoritarianism is usually linked to government overreach; we think of the Soviet Union and the Communist Party’s unitary control over everything as the quintessential example, or of the Chinese Communist Party. But authoritarianism can be interpreted more broadly, expanding the concept to include non-governmental actors (sometimes dubbed “elites”), who can also restrict individual autonomy.

The traditional difference between the Left and the Right is not about their liberalism. Instead, it is about their opinions about authority. They disagree not that people ought to generally be able to make their own choices, but about which authorities ought to have sway over society, and why.

Few people believe that there ought to be no authority. Outside of anarchists, virtually everyone falls somewhere on the axis between liberal and authoritarian. People ought to be able to make their own choices, up to a point (traditionally, up to the point where your choices harm others).

The Right perceives cancel culture and political correctness as social tyranny. John Stuart Mill defined this as the “tyranny of prevailing opinion and feeling,” which is felt and enforced through social pressure. The Right and the Left both fear this kind of authoritarianism, but in recent years the Right has felt it more acutely because of social and demographic change. The transformations of the last century are an imposition, not by the government as much as by the changing society itself. (This is in part why so much vitriol is reserved for Hollywood and the media, which are perceived as both representative of, and drivers of, this social change.) Ultimately, those on the Right resent being punished (socially or legally) for not accepting all the elements of that changing society.

Socialism is harder to unravel because the word “socialism” is used to mean a variety of things. Typically speaking, when those on the Right talk about a fear of socialism, it has to do with fear of economic regulation and economic redistribution (usually away from them and to others, particularly others perceived as undeserving), all culminating with a general reduction of prosperity (both for themselves and generally for the country). The danger those on the Right see is the potential for an overbearing government that dictates all aspects of economic life.

Like socialism, intolerance has multiple meanings. Take its most notorious sub-genre, racism. When those on the Right talk about their fear of racism, they usually mean something like “deliberate malice towards people not of my race.” But when those on the Left talk about racism, they also include things like “systemic racism” and “implicit bias.” Systemic racism (e.g. housing discrimination) and implicit biases (e.g. stereotyping) are not necessarily deliberate; they can occur even if there is no single person who has deliberate malice. (Many debates between the Left and the Right about whether the United States is “racist” never go anywhere for this reason; those on the Right tend to define racism as requiring deliberate malice, while those on the Left do not. It’s impossible to have a useful debate on the topic without a shared definition.) No matter which definition we use, the fear on the Left is that people will not be able to live their lives the way they want to live them, and their choices will be restricted in ways either overt or insidious.

Inequality essentially boils down to the power of the rich to use their wealth to control society. This occurs partially through the ability to influence government (hence the influence of wealth over electoral outcomes is seen as a major issue by many on the Left). It culminates with the ability of the wealthy to exclude others from seeing the benefits of a growing economy, deriving those benefits instead solely for themselves. The ultimate fear is of a small, rich class which can dictate to a large, poor class, forcing the poor to accept depredations just to acquire the necessities of life.

Whether or not any of these fears is well-founded, what matters for the state of American politics is that people do have these fears, deeply and sincerely. Both sides perceive themselves to be on the side of liberalism (with exceptions), resisting the authoritarian impulses of their political rivals. Increasingly, the authoritarian impulses of the rival are all any partisan sees.

These impulses are accentuated by the fact that their fears are inverses of one another. For those on the Left, fighting racism, sexism, and homophobia often involves tools that those on the Right perceive to be social tyranny. For the Left, fighting inequality often involves tools that the Right calls socialist. And the opposite is true: for the Right, fighting socialism often looks to the Left like the imposition of greater inequality. What the Right considers opposition to “political correctness” often looks to the Left like resistance to the elimination of racism and other forms of intolerance.

This may seem counterintuitive: For both sides, fighting authoritarianism largely requires control of the federal government.

This political situation—where Left and Right are driven by their perceived defense of liberalism against the authoritarian impulses of their political rivals—is extraordinarily dangerous. This is because, as Steven Levitsky and Daniel Ziblatt masterfully argue in their book How Democracies Die, if losing an election means a political rival will impose authoritarianism, then you become willing to take any means necessary to prevent an electoral loss—up to and including antidemocratic measures. When that happens, democracy is in trouble.

The antidemocratic impulse is clearer in the Republican party right now. Fear of the Left’s control of the government, including the courts, drives Republicans to engage in gerrymandering, voter suppression, and the McConnell-era blocking of Democratic judicial appointments. These have all been supported by many on the Right, who perceive them as necessary to resist Left-inflected authoritarianism. But the antidemocratic impulse is not unique to Republicans, and because actions that those on the Right perceive as resistance to Left-authoritarianism are increasingly antidemocratic, it creates a new set of incentives for those on the Left to retaliate in kind.

Stuart Stevens has said: “For this democracy thing to work, someone has to be willing to lose.” But this isn’t quite right. For democracy to work, both sides have to be willing to lose. As long as each side perceives the other as authoritarian, people on both sides will believe that losing is a catastrophe that must be averted by any means necessary. Unfortunately, as long as fear is the defining emotion of politics in the “home of the brave,” American democracy will be unavoidably precarious.

Kyle D. Larson has a Ph.D. in political science from the Ohio State University, and an MA in international relations and BA in philosophy from the University of Chicago. He has taught American politics and government, international politics, and political theory. 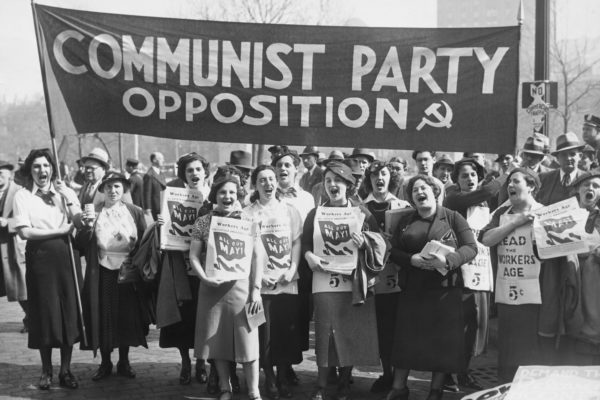 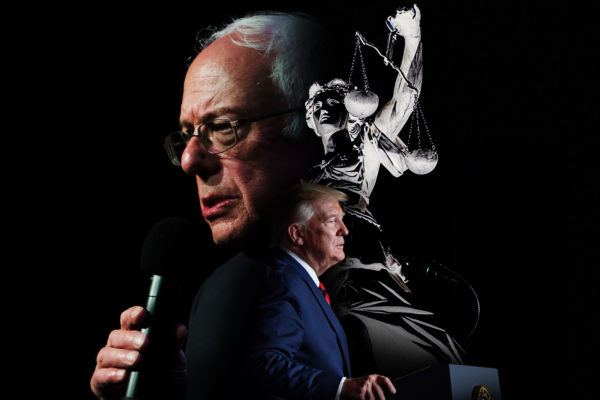 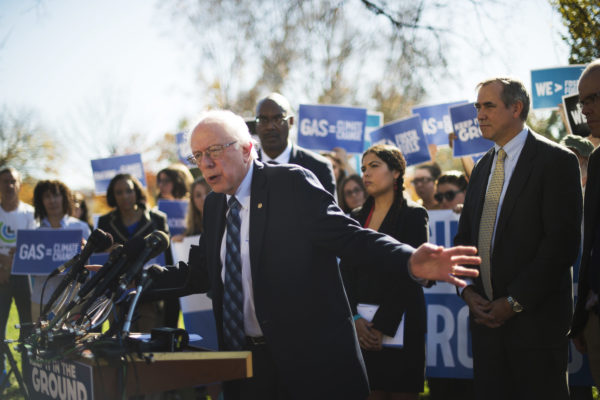