All y’all ready for the next presidential election?

All right, while you guys have been “Levitating,” binging “The Falcon and the Winter Soldier,” and prepping for hot Joe summer, the politicians—they’ve been plotting.

I may seem ridiculous, but as soon as Joe Biden was inaugurated, the Republican presidential race for 2024 was on.

But this race is a little different than in years past. Usually a losing presidential candidate grows a beard or goes for a few long walks in the woods. But that’s not Trump’s style. He’s down at Redneck Versailles, shouting at the TV and keeping the door open to another presidential run. That way people have to pay attention to the little guy.

“I will tell you at the time. I’ll keep you in suspense.” [Trump]

If he does run, he’d be the overwhelming favorite to get the Republican nomination.

Trump: “I am looking at it very seriously.”

But just in case he doesn’t, new contenders are already making moves, and they’re thirsty. This week, we’ll focus on three.

Let’s start with Mike Pence. This week, Mike Pence is making his return to the big stage with a speech at the Palmetto Family Council. (Fellow LGBTs, beware.) Pence’s stock has been falling with the GOP since he wasn’t willing to try to steal the election like Daddy Trump told him to.

“I hope that our great vice president comes through for us. If he doesn’t come through, I won’t like him quite as much.” [Trump]

So he’s expected to try to weasel his way back into their good graces, walking the tightrope of trying to shine Trump’s shoes while distinguishing himself as someone who is so anti-coup that the mob was literally threatening to hang him. In normal times, Pence, as VP, would be the obvious successor. But since he’s wounded by his falling out with Trump, the MAGA jackals smell blood.

Next, we have Florida governor, Ron DeSantis. This Florida man’s got a feisty, bordering-on-dickish personality.

And a more laissez-faire attitude toward COVID than his peers.

And that combined to make him the media’s boogeyman. But as Trump learned in 2015 when CNN obsessed over him around the clock, the best thing that can happen to you as a Republican is becoming the mainstream media’s boogeyman. Ron DeSantis is making it rain in earned media and it’s working for him in the early polls.

“In poll that did not include Trump, Governor DeSantis finished first.” [Reporter]

Now DeSantis’ allies are pitching him as the “competent Trump.” Which is kinda like calling somebody the most ethical dog fighter or the butchest drag queen. But okay.

And the pundit class has decided that DeSantis is the heir apparent. But we’ll see if that lasts when Mr. Trump starts getting jealous of all his attention and starts to lash out.

And finally, we have South Dakota governor, Kristi Noem—Trump in heels. Kristi Noem has hired Trump’s first campaign manger, Corey Lewandowski, and she’s making the bet that GOP voters are looking for a smokin’, gun totin’ lady-Trump who knows how to s***-post with the best of ’em. While her state’s COVID response was a disaster, her Twitter feed slaps. She banned all asylees from South Dakota but decreeing it in a tweet, got in a beef with Lil Nas X over his Satan Shoes, and got kinda owned actually.

But she took heat from the MAGA crowd when she had to walk back banning trans kids from sports, caving to pressure from the “woke” corporations and the NCAA. But if Trump was any guide, it’s not a matter of whether you win or lose the Twitter fights, but how much effort you put in to owning the libs.

So yeah, it’s early, but whether you like it or not, the battle lines are being drawn and the 2024 showdown is on the way. 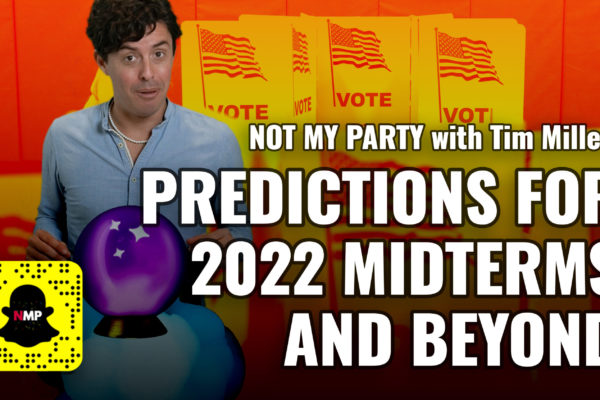 The Four Big Questions for the Midterms 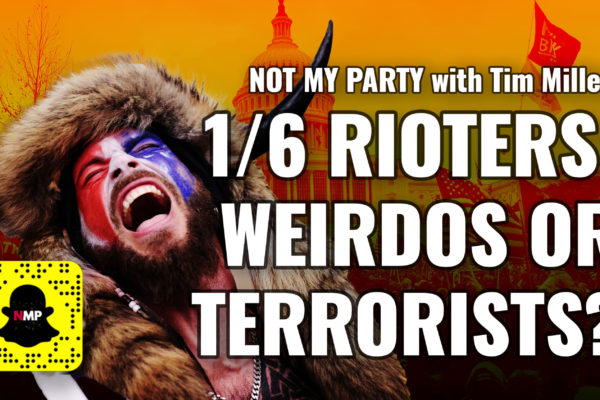 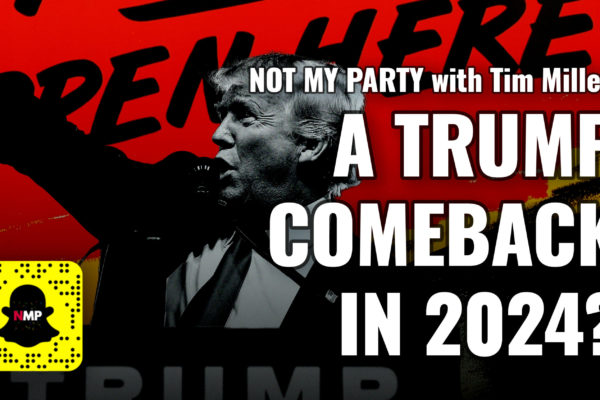