There once was a dream of a Europe whole, free, and at peace. On Friday, the Russian Foreign Ministry issued draft treaties for both the United States and NATO to consider that, if adopted, would tear that dream to shreds. While the drafts might generously be interpreted as opening gambits in a negotiation, the Biden administration and America’s NATO allies should quickly and firmly reject Vladimir Putin’s efforts to revive the Cold War by redrawing the lines of Europe.

Among other demands, the Russian proposals include promises by NATO that the alliance will admit no new members and will even abstain from military cooperation with states bordering Russia. Notably, they contain no promises on the Russian side not to cooperate militarily with states bordering NATO members. In effect, the Russian government has claimed a sphere of exclusive influence in Europe, not unlike that which it maintained by force and violence from 1945 to 1989. But the Iron Curtain’s division of Europe was emphatically rejected, not only by the United States and the peoples of Europe, but by the USSR and its successor states themselves.

Thirty years ago this month, the fifteen republics of the USSR became independent states. They had watched as, two years before, the countries of the Warsaw Pact sloughed off communism and declared themselves free from the domination of the Soviet Union. There was more than just independence in the air then. There was also a growing consensus that liberal democracy and free markets represented a better future. Soviet citizens unfavorably compared the USSR’s decades of economic stagnation and political repression with the West’s growing prosperity and freedoms. People were tired as well of the zero-sum, confrontational approach of the Cold War.

The idea of Europe as a zone of shared security and prosperity was reflected in the Charter of Paris for a New Europe, signed in 1990 by the USSR and the countries of Europe and North America. It proclaimed the end of “the era of confrontation and division of Europe.” The signatories pledged to commit to “democracy based on human rights and fundamental freedoms,” and “refrain from the threat or use of force against the territorial integrity or political independence of any State,” emphasizing as well “the freedom of States to choose their own security arrangements.”

The Charter of Paris was signed by the USSR, and in 1999, an updated document was signed in Istanbul by the U.S., Canada, 51 European and post-Soviet states, and the European Union. The Charter for European Security “reaffirm(ed) the inherent right of each and every participating State to be free to choose or change its security arrangements, including treaties of alliance.” Like the Charter of Paris, it also reiterated that no state “can consider any part of the (European) area as its sphere of influence.” The 1999 agreement also called for the withdrawal of Russian forces from Georgian and Moldovan territory—a commitment that Moscow has failed to fulfill.

Now largely forgotten, the two Charters marked the rejection not only of the Cold War’s division into two zones, but also of irredentism—the idea that a country could claim any territory formerly belonging to it, one of the motivating factors of the Second World War.

After the experiences of two World Wars and one Cold War, the Charters embodied ideas both Europeans and Americans found worth defending. President George H.W. Bush summed it up as “Europe whole, free, and at peace.” The first president of independent Russia, Boris Yeltsin, recognized the linkage between shared prosperity and shared security, and in 1990 wrote a letter to the NATO Secretary General stating that joining NATO “was a long-term political goal” for Russia. His successor, Vladimir Putin, has said he discussed the possibility of joining NATO in his first meeting with President Clinton in 2000.

Putin became Russian acting president in 1999, but by 2007, he was painting NATO not as a community of shared security, but as a vehicle to threaten Russia. In that year, Putin delivered a scorching speech in Munich that excoriated the U.S. and its allies. He effectively delinked Russia from the Western zone of shared security, condemning NATO (though not by name) as a “vulgar instrument designed to promote the foreign policy interests of one or a group of countries.” In the same speech, however, he emphasized that Russia wanted to remain a part of the Western economic system, and that it would join the World Trade Organization and welcome further Western investment.

Not long after Putin’s speech, his government began its first attempts to re-divide Europe. When NATO proclaimed support for Ukraine and Georgia’s eventual membership at a summit in April 2008, Moscow insisted on legal guarantees that NATO would not enlarge any further. The former Soviet republics of Estonia, Latvia, and Lithuania—whose independence the United States had recognized throughout the Cold War—had already joined NATO in 2004. In June 2008, the Kremlin proposed talks on a draft treaty that would allow Russia to veto any new members of the alliance. The U.S. and its allies ignored the proposal, which would have severely limited other countries’ sovereignty in direct contravention of the Charters of the 1990s. Two months later, Russia invaded Georgia and to this day occupies twenty percent of that country’s territory.

Russia wanted to benefit from the economic integration of the post-Cold War world while rejecting the security order that made economic integration possible. The proper American and allied response to Russia’s aggression should have been to impose costs. But no significant penalties were imposed for the use of force against Georgia’s territorial integrity. The lesson to the Kremlin was that it could assert domination over what it called its “sphere of privileged interests” without paying a price.

When President Barack Obama took office in 2009, far from pursuing penalties against Russia after its invasion, his administration signaled that pursuing productive relations with Moscow (the “Reset”) was more important than defending the principles of the Paris and Istanbul Charters. Several U.S. administrations have longed to leave European security to Europe and “pivot to Asia”—to face the Chinese challenge—as if the U.S. can’t confront threats on both fronts. Putin constantly reminds us that we have no choice but to address both challenges simultaneously.

The Russian leader has exploited U.S. and European leaders’ distraction, while the Western alliance has taken the idea of “Europe whole, free, and at peace” for granted. Putin has presented his own narrative of the security situation in Europe. For Russia, NATO enlargement is a result not of the decision of sovereign nations to join, but of Washington’s aggression, pushing the alliance up against Russia’s borders. Moscow claims that the “U.S has placed bases around Russia” to threaten Russia, not to respond to the requests of European countries for U.S. assistance—requests made urgent by Russia’s series of invasions, interventions, assassinations, and attempted coups throughout Europe. With little consistent defense of NATO’s real intentions, and no reinforcement of the principles that ended the Cold War, some Western analysts have bought into Russia’s claim of NATO’s malign goals and its assertion of a right to intervene in Eastern Europe.

As in 2008, the Russian Foreign Ministry’s draft treaties—one with NATO and the other with the U.S. alone—are again asking the West for no further NATO enlargement. Perhaps counting on Washington’s reputation for having a short memory, the agreement uses language from the treaty first proposed in 2008. But the demand that NATO end military cooperation with the countries along Russia’s borders goes further than the 2008 request. Ironically, even while it shreds the last remnants of the Istanbul Charter, both of Moscow’s proposals include provisions that the would-be signatories “reaffirm… their commitment to the purposes and principles of the 1999 Charter for European Security.”

It’s time for the U.S. and its allies to counter Russia’s false narrative on security and reassert the principles that ended the Cold War and the era of great-power domination. We should tell the Kremlin that the time is right not for a renegotiation of another tired text, but for a recommitment to the security principles enshrined in the Charters of Paris and Istanbul. That includes the withdrawal of Russian forces from Georgia, Moldova, and more recently Ukraine.

Facing massed troops both within and without its recognized borders, Ukraine is the latest country paying the price for the West’s failure to defend the post-Cold War principles and impose financial costs for the 2008 invasion of Georgia. We should get it right this time. The Biden administration and NATO should reject any negotiations that involve taking away the right of states to choose their own security arrangements. They should issue a clear warning that painful economic sanctions will be the response to any additional violation of Ukraine’s sovereignty, in addition to helping Ukraine defend itself against further Russian aggression. Should Russia use force to seize more territory in Ukraine, we should show Moscow that those who destroy the international security order will not enjoy the fruits of the economic order.

Ian Kelly is the ambassador (ret.) in residence at Northwestern University. Previously, he was U.S. ambassador to the Organization for Security and Cooperation in Europe  and ambassador to Georgia. Eric S. Edelman is counselor at the Center for Strategic and Budgetary Assessments, served as under secretary of defense for policy, and co-hosts The Bulwark’s Shield of the Republic podcast. David J. Kramer is director of European & Eurasian Studies at Florida International University’s Steven J. Green School of International and Public Affairs and served as assistant secretary of state for democracy, human rights and labor in the George W. Bush administration. 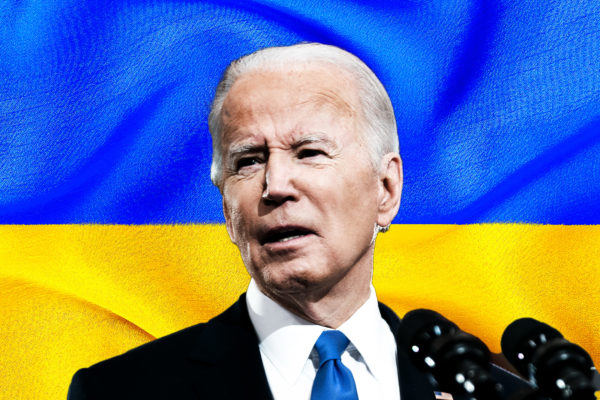 The Ukraine Crisis Could Be a Turning Point for Biden 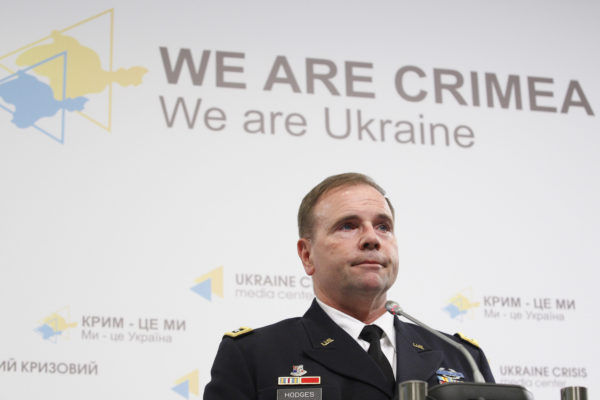 War in Europe Could Be Imminent. Here’s Everything You Need to Know. 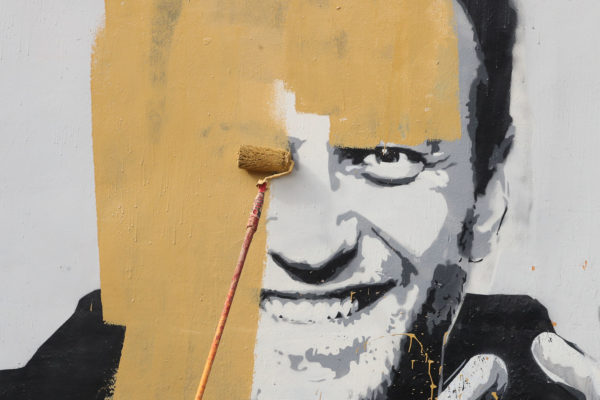 Aleksei Navalny: The Man vs. The Symbol