It’s worse than you think.
by Daniel McGraw
The 'In America: Remember' public art installation near the Washington Monument on the National Mall on Saturday, October 4, 2021 in Washington, DC. The installation by artist Suzanne Brennan Firstenberg used more than 650,000 small plastic flags to commemorate Americans who have died due to COVID-19 (Photo by Hannah Yoest / The Bulwark)
Share on Facebook Share on Twitter Share via email Print

Since I was a kid, Cleveland’s Public Square park has always been the centerpoint of the city. Modeled after New England towns’ common pasture area when it was designed in the late 1700s, the park has morphed over time into a ten-acre public space where people wait to board buses while skyscrapers tower above the manicured lawns and old folks sit on benches and feed the pigeons.

In one quadrant of the square is the Soldiers and Sailors Monument. It serves as a lasting memorial to those who died in the Civil War, a 125-foot monstrosity with statues of soldiers loading canons and firing pistols. The purpose of such memorials has always been quite clear: “The life of the dead is placed in the memory of the living,” as Cicero put it a few thousand years ago.

The United States is about to bury the millionth person to die from the COVID-19.

The New York Times did a wraparound, front-page map in its Sunday paper this past weekend, where the million deaths were marked geographically: 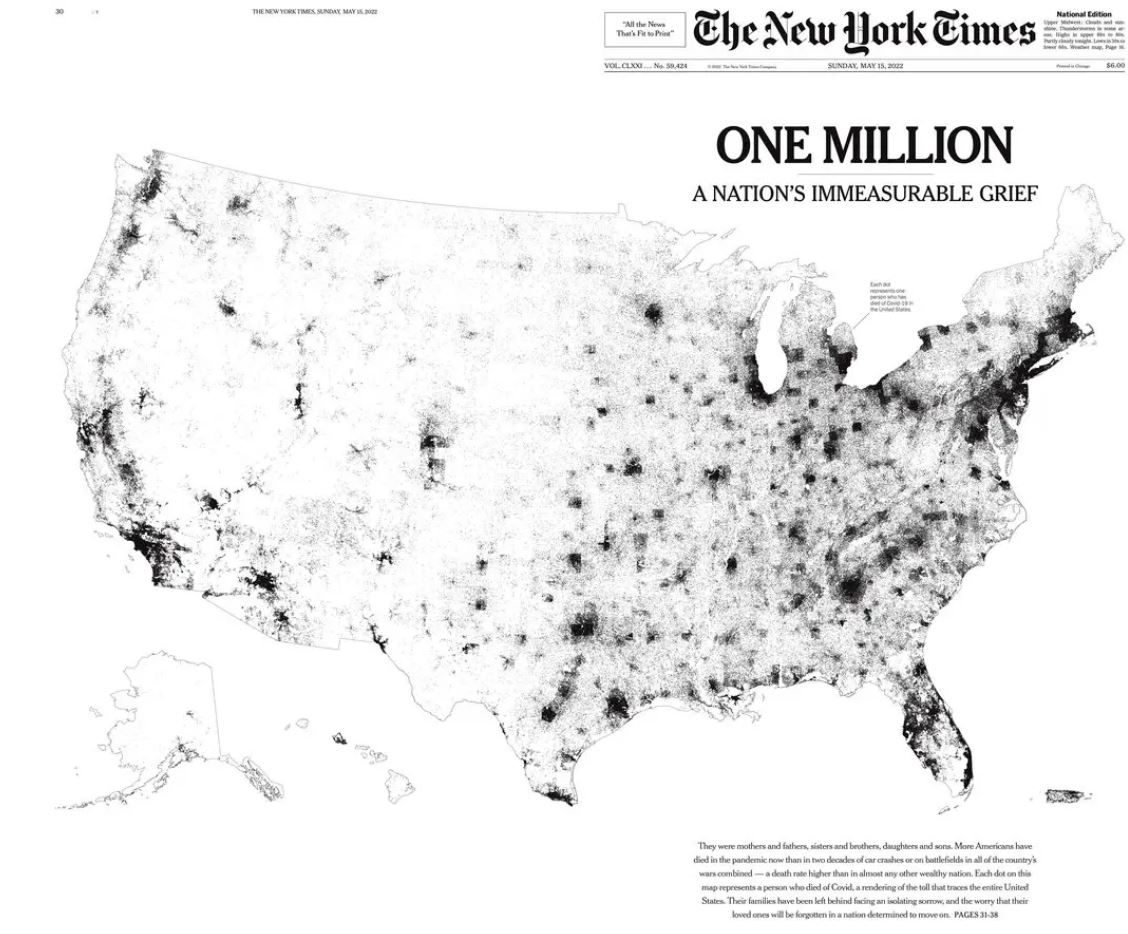 But for the most part this milestone has been given not much more than a perfunctory note.

Take the Civil War by comparison.

About 620,000 of Union and Confederate soldiers lost their lives in the Civil War during the four years it was fought in the 1860s. Of those deaths, 31,000 were Ohio citizens, and about 1,700 men from the Cleveland area perished. That is why that monument in our Public Square plaza exists: 1,700 was too many deaths to forget.

In the roughly two years of the COVID-19 pandemic, one million Americans have died, 38,550 of those being in Ohio, and about 3,800 from Cuyahoga County, where Cleveland resides.

COVID-19 was the third leading cause of death in the United States in 2021, after heart disease and cancer. And yet, some people dispute even this basic fact.

We’ve all had these conversations with people who argue that COVID-19 death numbers are exaggerated—meaning that there has been a daily conspiracy between 3,000 counties, 6,000 hospitals, 50 states, and the federal government, ongoing, for two years. Or it’s just old people dying, so it’s not a big deal. (Yes, the numbers skew older, but 18% of the deaths come from those in the 50-64 age group).

“You can’t separate our failure in the pandemic from conflicts over ideology and politics,” said Dr. David Blumenthal, president of the Commonwealth Fund, in a recent interview. “The approach to the pandemic became enmeshed in people’s party affiliation and in their views towards government.”

How political is all of this? You have, perhaps, heard a great deal about the crime wave which has swept across America over the last two years. This is a common talking point for Republicans. What is the scale of this crime wave? In 2019, when crime levels were “normal” America had 19,141 homicides. In 2020, that number jumped to 24,576. Think about the amount of hay which has been made over an increase of 5,000 deaths.

Or take opioid deaths. In 2021 opioids accounted for 103,598 deaths. A terrible toll, but also a fraction of COVID. Yet a fraction which is politically useful.

There is enough blame to go around for this collapse of context. It is the fault of craven politicians, foolish and partisan media outlets, and a general decadence of society—not to mention sheer exhaustion. We are all busy. We are all looking to the next thing. We are all, after more than two years, done with COVID.

Even if COVID is not done with us. As of last week in Miami-Dade County there were still three people dying from COVID every day. There have been almost 11,000 deaths so far in Miami-Dade from COVID-19. From January 2020 until April 2022—almost the exact same time period—there have been a documented 556 homicides in the county.

That murder rate gets a lot of attention. The COVID-19 death count— nearly 20 times higher—gets relatively little these days. When you compare those two stats to each other, the COVID-19 deaths seem very serious. We know what happens when you don’t. 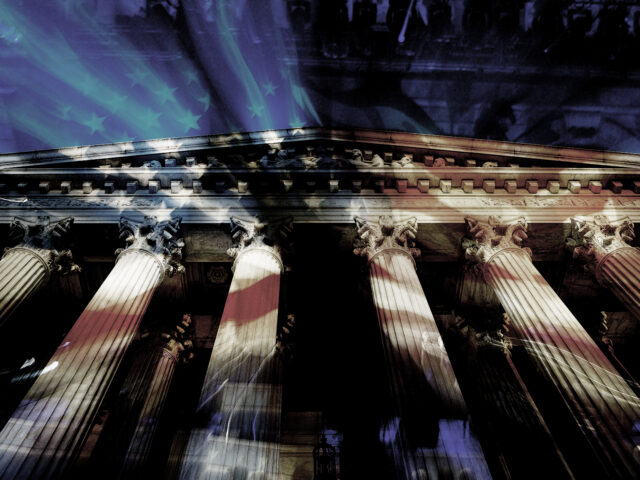 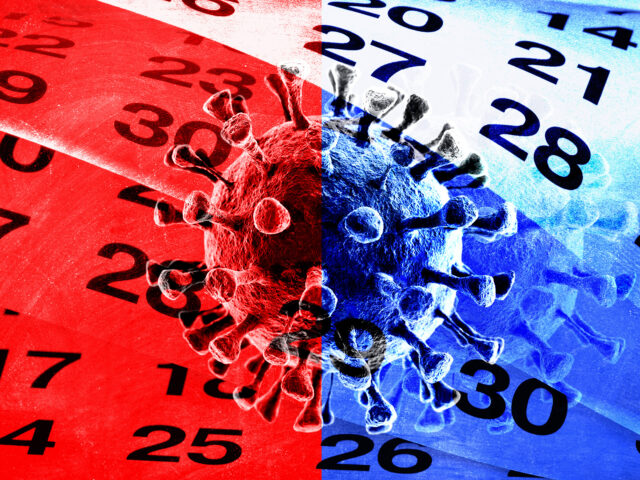