The news cycle being what it is, I had missed the passing of Betsy Rothstein by half a day. Strangely, I am confident that she would have preferred it that way, as Betsy—a longtime gossip columnist, and since 2013 the force behind the Daily Caller’s gossip feature, “The Mirror”—was intensely private.

In reading Olivia Nuzzi’s remembrance of Betsy, one thing became clear to me: The thing I will miss most about her is not her writerly voice—that I’ll surely miss—but that I didn’t get to know her better than I did. Nuzzi shared inside jokes with Betsy and talked about death. But the last time Betsy and I spoke, we talked about something we both disliked: the Washington Examiner and its embattled editor, Hugo Gurdon. I had no idea that Betsy had cancer. Probably because I was the kind of friend she didn’t want to burden with such news.

I first met Betsy in 2011 at a happy hour for FishBowlDC, where she then worked. I had just left my last job on Capitol Hill, so I was looking for work. It was late December (when nobody hires), and I showed up for the free drinks in a camouflage Arctic BDU jacket and on my name tag I just wrote CLOTURE CLUB, the name of a Capitol Hill-centric website I ran with a friend in my spare time.

Betsy loved characters and the combination of my strange jacket and stranger name tag drew her in like a magnet. I didn’t tell her my name at first, but Betsy has a way of getting people to spill. If you met Betsy in real life, you were done. While in writing she could be mean or brutally honest, in person she was sweet and disarming.

Shortly after I met Betsy, I joined her in the world of media, working at CQ/Roll Call, and later, at the Weekly Standard. We became fast friends because Betsy did not care about what people thought about her. I used to care, but this is one area where Betsy influenced me, changing my opinion. Screw ’em. It’s not that she, like some of the psychopaths in journalism and politics, would get off on people hating her. She just truly, deeply, did not care.

We didn’t always agree on who was bad, but we mostly did and would trade gossip and tips from time to time. But as Tucker Carlson wrote about Betsy, “She almost never talked about her own life. Some of her friends had no idea where she’d grown up or how many siblings she had.”

I never talked about her siblings with her, but I knew where Betsy grew up because it was a short hop from where I did in Ohio. In 2015, the evening of the first GOP debate in Cleveland was a production night for TWS, and it was my job to put the magazine online for people to read. So by the time I arrived at the debate hall, the press room was nearly full.

The only seat I could find was next to David Martosko of the Daily Mail, Guy Benson from Townhall, and Betsy. The wi-fi was batty and Martosko generously let me piggyback on his hotspot. As the four of us chatted, it turned out that three of us were from Northeast Ohio. Martosko and I went to the same high school, and Betsy volunteered where she was from.

Believe me when I tell you this: As bad as the Orange man is, there is nobody better to witness the birth pangs of a new political hellscape with than an irreverent American original like Betsy Rothstein. We laughed. We cried. We kissed a few hours goodbye.

A few years into my time at TWS, Betsy shared with me her “Mirror Questionnaire.” It is a three-page document with a series of revealing questions you’re supposed to fill out for her column. In true Betsy style, she let those who answered the questions pose a question to future respondents. Betsy believed in fairness: You show yourself to me, I let you get a seat at the table.

On the advice of my PR agent (my wife) I politely declined to participate. Probably because my wife wouldn’t want me to reveal who my celebrity crush was. (Answer then: Dana Perino.)

Betsy’s questions were interesting, fun, and revealing. Here’s one that, based on her passing, is quite timely: “If Heaven exists, what would you like to hear God say when you arrive at the Pearly Gates?” I know the answer Betsy got, and would like mine to be the same: You were honest.

Similarly, “Any brushes with death? If so, please describe.”

How a person is supposed to approach answering this is anyone’s guess: “Pick one—flabby thighs, cankles or love handles?”

I regret not taking the questionnaire, but my wife is far more cautious than I am.

Looking back, one question Betsy posed has an obvious answer. A thought that makes you want to cry?

The end of the Betsy Rothstein era.

Even in death, Betsy can still get some people to spill. Rest in peace. 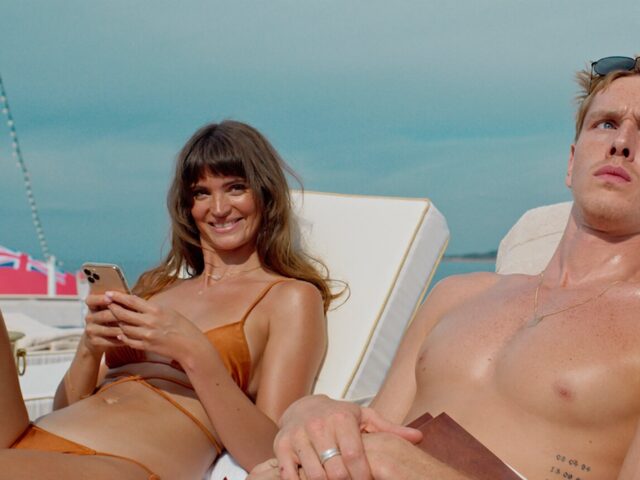 Catching Up on the Best Picture Nominees