I’ve been doing this for long enough to know that all end-of-the-year rankings like this are, at best provisional; there’s no way to know what will genuinely hold up from this year, what we’ll revisit and revere in future years. Perhaps I’ll regret leaving Avatar: The Way of Water off of this year’s list, but I kind of doubt it; like the first Avatar, it feels as though it’s a movie that needs to be seen in a theater or not at all, and revisiting such pictures is, well, not easy. Honestly, I think there’s a better chance I regret leaving Jackass Forever off the list—I genuinely cannot remember the last time I laughed that hard in a movie theater; I may never do so again—but we’ll see.

I have privileged theatrical releases on this list because I privilege the theatrical experience; I saw only two of the following films at home on my TV rather than in a theater. We may have entered the age of streaming, but I can’t help but feel as though stuff made for Netflix and the rest are glorified TV movies, with all the baggage that entails. Nothing wrong with TV, some of my favorite entertainments are televisual. But movies to me mean the big screen, and it’s a hill I’ll happily die on one day, muttering to myself about decline as I pass.

The one exception to this rule is the realm of animation. Most of the big animated films released in theaters were, frankly, crap. But on the streaming services you had some real gems: Guillermo del Toro’s Pinocchio is one of the most beautifully crafted pictures I’ve ever seen, while Phil Tippett’s Mad God is one of the most horrifying. Both are genius. Richard Linklater’s Apollo 10 ½ is a lovely bit of rotoscope nostalgia. Beavis and Butthead Do the Universe inspired more than a few guffaws, and while I’m not a Bob’s Burgers connoisseur, I have to say that I was quite charmed. I should watch that show, shouldn’t I?

It was a good year for horror and horror-adjacent pictures: I really enjoyed Orphan: First Kill, The Menu, and Smile; Terrifier 2 is one of the most fascinating box-office stories of the year; and while X and Pearl didn’t do much for me, I’m glad they found audiences (plus, I’ve always enjoyed watching Mia Goth’s weirdo roles; check out A Cure for Wellness sometime). Men and Nope were both misses for me, but I’m glad Alex Garland and Jordan Peele are able to get financing for their somewhat weird and obviously quite personal pictures.

This is the first year in a while that I didn’t even consider a comic-book movie for my shortlist. I don’t think it’s because I’m getting any more mature—see: Jackass Forever, above—but because the genre is kind of exhausted. And yet, five of the ten highest-grossing pictures of the year, domestically, were from the genre. Even if some of those pictures were modest disappointments businesswise (looking at you, Wakanda Forever and Black Adam), it seems clear that audiences are still very into capes and codpieces, as my friend Matt Labash derisively describes them.

Ah well. On to the best of the year, shall we?

(Review here.) There’s something very pleasing about Michael Bay’s commitment to blowing up real stuff with real explosives. The drone work in this film is also a reminder that we’re nearing a new visual language for moviemaking, even if I don’t think Bay has quite mastered how to cut it together with more traditional camera work.

9. Crimes of the Future 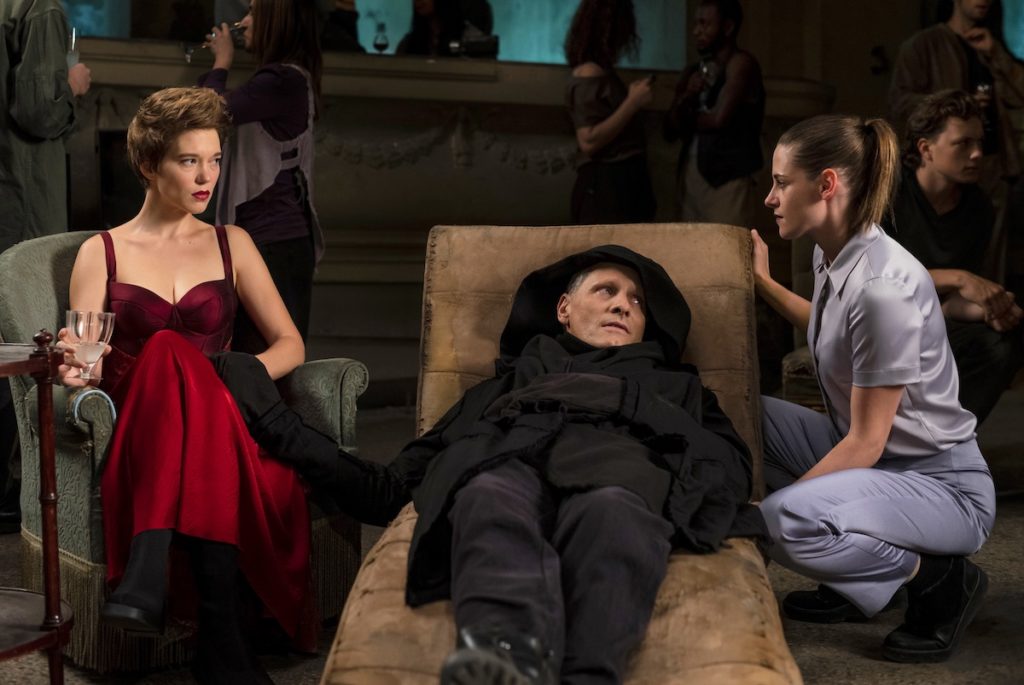 (Review here.) This has been a year of movies about movies (Pearl and X) or movies that have been kinda-sorta marketed as movies about movies (The Fabelmans and Empire of Light). But the movie that had the most interesting things to say about the clash of artistry and modern technology is David Cronenberg’s Crimes of the Future. Viggo Mortensen gives new resonance to the phrase “suffering for your art,” and Kristen Stewart’s twitchy weirdness is worth the price of admission. 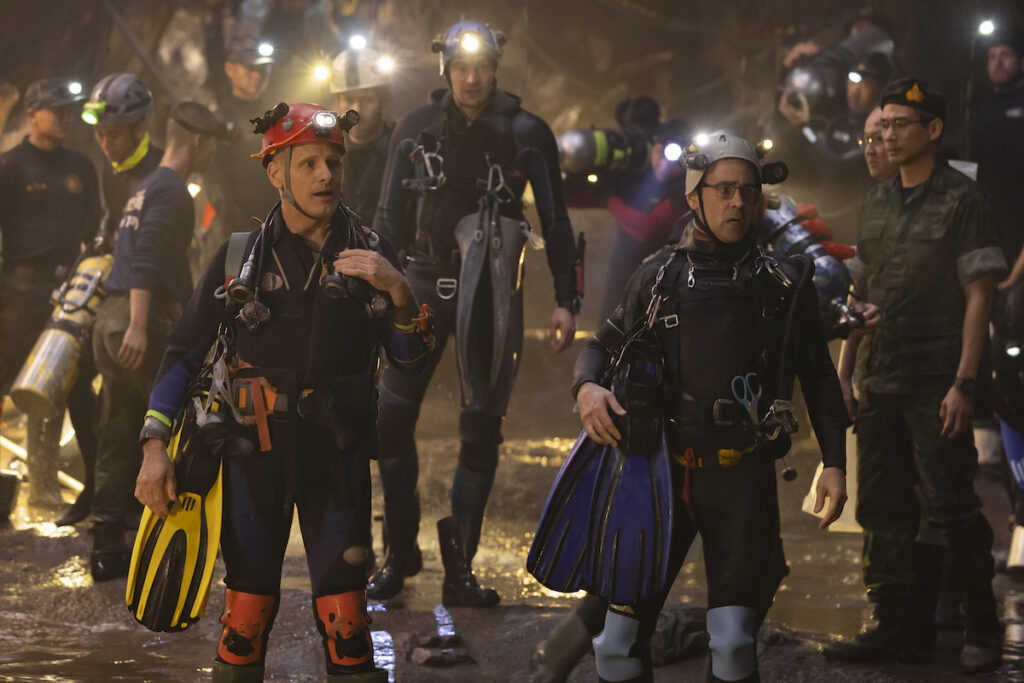 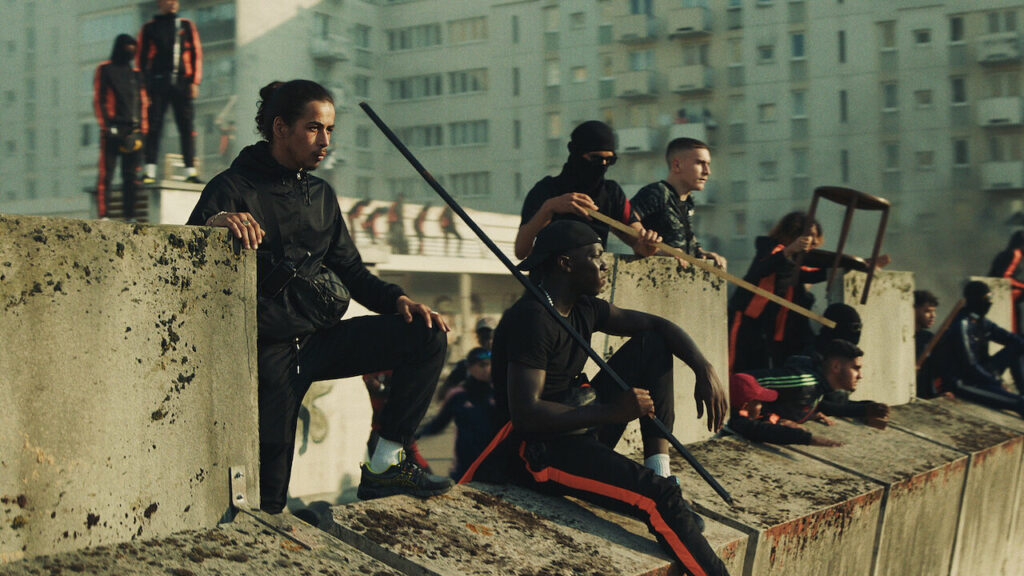 (Review here.) The other movie I didn’t see in a theater. Lots of movies do stitched-together long takes now, and the whole thing is kind of played out, but Athena keeps it fresh by ratcheting up the intensity throughout. And the coda adds a dash of refreshing ambivalence in an age of political stridency. As my friend Ali Arikan described it: Centrism Le Movie. 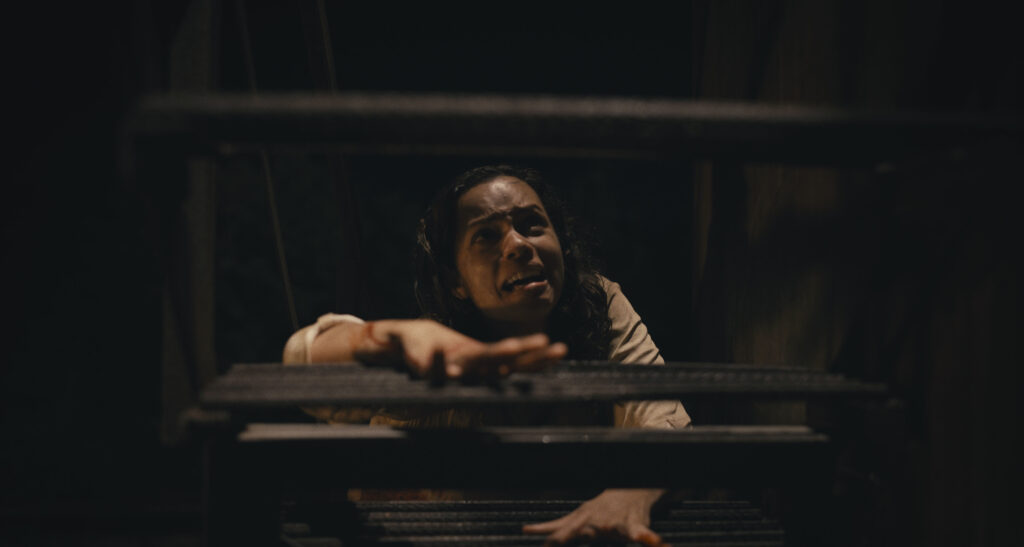 (Review here.) Genuinely one of the wildest movies of the year, and one I have no idea how it will play at home. I will say that watching it in unspool in theaters surrounded by people who were constantly snorting and kind of looking around to see how folks were reacting to it was at least half the charm.

5. The Banshees of Inisherin 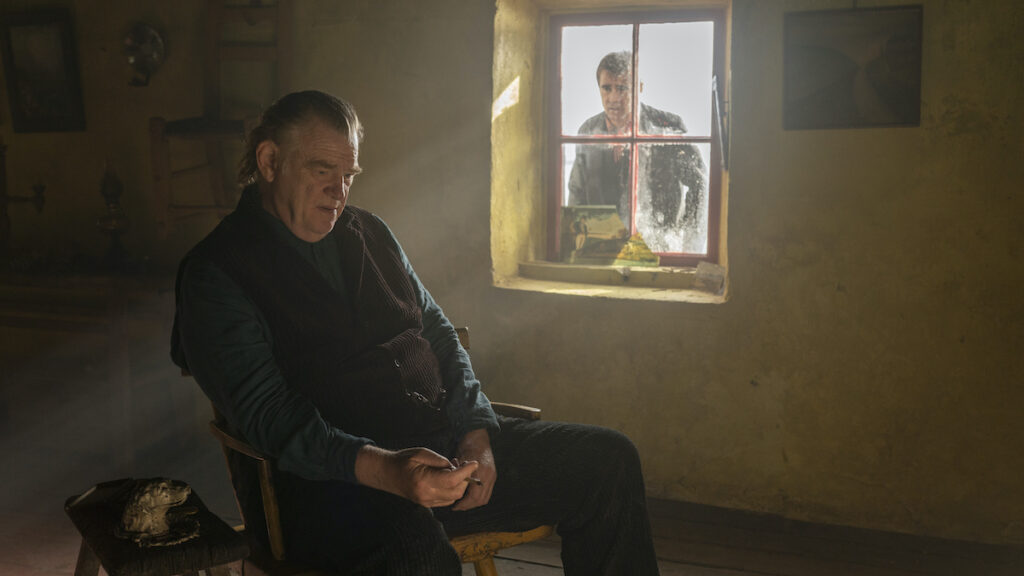 (Review here.) Martin McDonagh’s In Bruges remains one of the best films of the 2000s, but I worried mildly that he might never reach those heights again: Seven Psychopaths was a bit insular and meta for my taste; Three Billboards Outside Ebbing Missouri was a messy slog. But The Banshees of Inisherin is hauntingly beautiful, just a wonderfully intimate look at the way friendships go south and sour. Career-best work from Kerry Condon, who deserves all the awards. 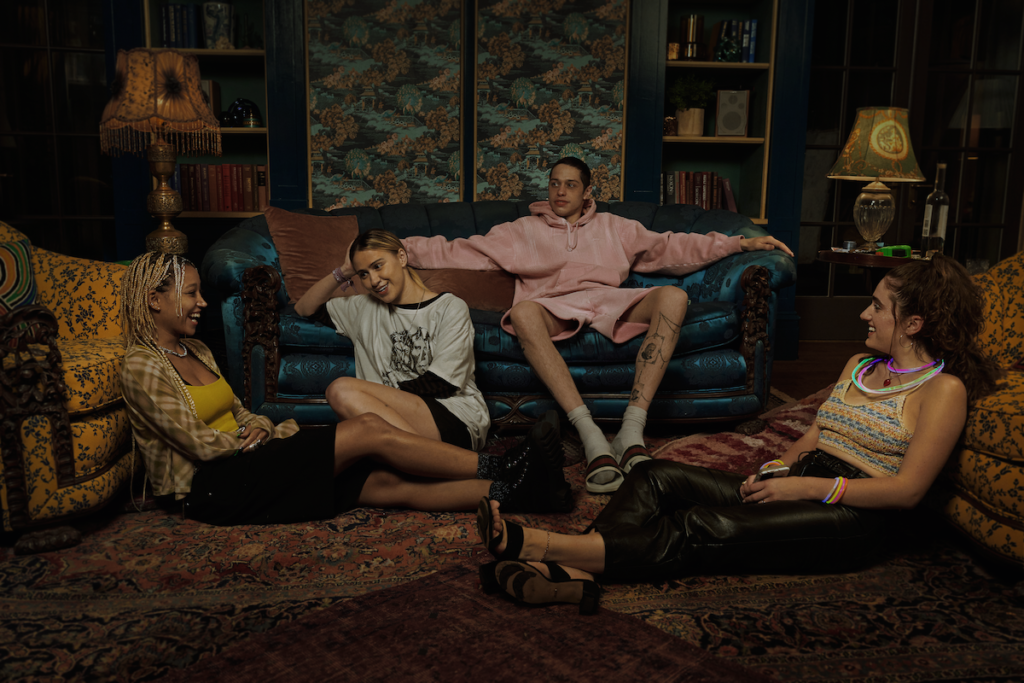 (Review here.) Extremely funny and extremely mean. Alongside the “Decolonativization” episode of Reservation Dogs, it’s the best skewering of Gen Z political and personal sensibilities I saw this year. 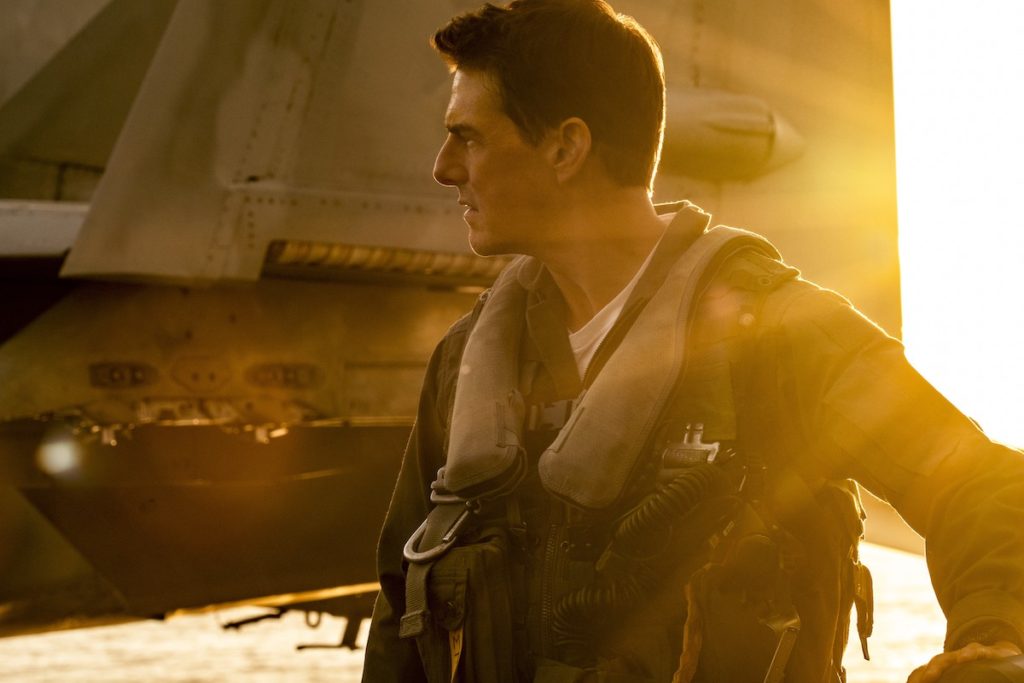 (Review here.) I, frankly, wasn’t expecting a ton from this movie despite liking Tom Cruise and director Joseph Kosinski and co-writer Christopher McQuarrie. The original, as beloved as it is, is less a narrative feature than a collection of moving images. But Paramount clearly knew they had something special here and their patience with the release date paid off. Just pure Hollywood spectacle with a tight, propulsive narrative that nevertheless hits all the proper nostalgic notes.

2. Everything Everywhere All at Once 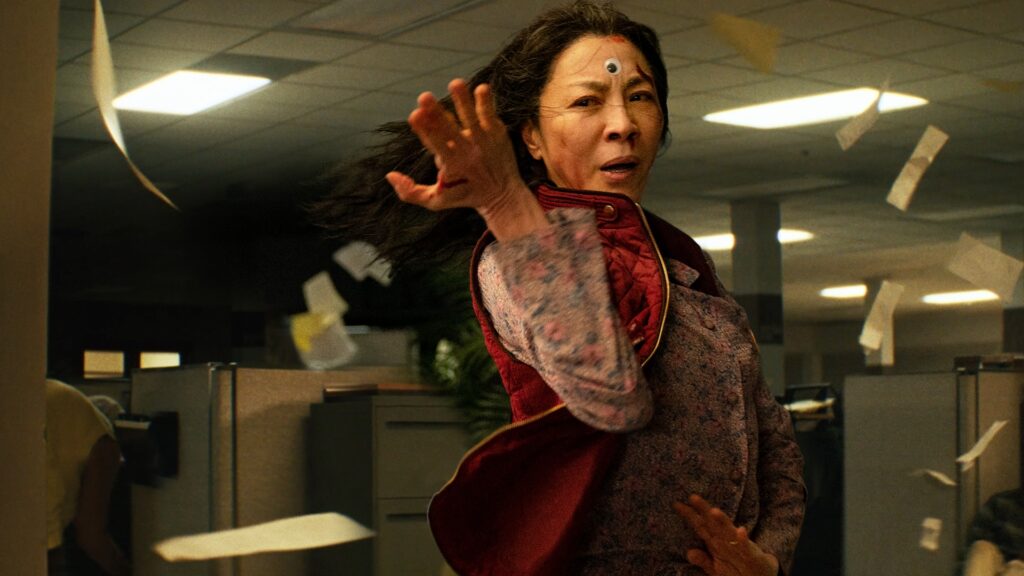 (Review here.) One of the rare movies that hit me so hard I came home immediately and started writing. I am perfectly happy to acknowledge that this picture won’t be for everyone—it is both profoundly silly and striving a bit too hard to be profound—but I think it’s an enormous cinematic achievement that seamlessly blends styles and sensibilities into something that feels wholly new and comfortingly familiar. (Review here.) Kubrickian in the sense that it’s the movie from this year that I think will be most rewarding on rewatches for years to come. From the framing of the shots to the unraveling of the plot to the film’s relationship to its own times to the knottiness of the performances, there’s just a wealth of material here to pore over. It’s also managed to inspire both some of the best and some of the worst writing this year, no mean feat.