Burn It All Down?

Senate Republicans “have enabled Trump’s despicable behavior,” Matt K. Lewis writes over at the Daily Beast, “while doing nothing to mitigate his worst instincts. Rather than rising to the occasion, they instead buckled under pressure. They lacked both the courage and the character we should expect from our leaders. If Trump were a more competent authoritarian, their cowardice might have been lethal.”

But, writes Lewis: We should vote for them anyway. Six more years!

Let’s leave aside the question of whether the deaths of nearly 150,000 Americans can be considered a “lethal” consequence. Lewis is among the anti-Trump critics now warning against punishing the GOP too severely for its cowardice, lack of character, and submission to Trumpism. He is joined by David French, who is also “squarely in the camp that seeks to dump Trump but not to seek vengeance on the rest of the GOP”:

A rage, fury, and a “burn it all down” mentality is one of the maladies that brought us to the present moment. Repeating that same impulse, but with an entire party in the crosshairs, will only compound our political dysfunction.

French is likely referring to comments by the Lincoln Project’s Steve Schmidt, who argues that Never Trump conservatives should vote against Republicans up and down the ballot. “The analogy would be in the same way that fire purifies the forest, it needs to be burned to the ground and fundamentally repudiated,” Schmidt said. “Every one of them should be voted out of office, with the exception of Mitt Romney.”

Predictably, the legions of anti-anti-Trumpers are incensed, suggesting that this position makes Never Trumpers effectively Democrats. (As a class, the anti-anti-Trumpers may concede that the house is on fire, but are content to sit on the patio complaining about the fire extinguishers.)

But both Lewis and French are a different story: They have been unwavering in their Never Trumpism. I’ve been a fan of Lewis’s since his 2016 book Too Dumb to Fail eviscerated the GOP for betraying the Reagan Revolution, and I am by long custom and practice an avowed Frenchist.

So it gives me no pleasure to say that they are both wrong.

But we need to have this debate: Is Trumpism a seasonal flu or a metastasizing cancer? Or to mix some metaphors: Does the Republican party need an attitude adjustment or a complete exorcism? Botox or an enema?

In political terms: Can you defeat Trumpism by defeating Trump but leaving his bootlickers in power?

As George Will has said, Trump has been a “Vesuvius of mendacity,” but the rot obviously runs much deeper than the president himself. Trump himself is a horror show, but the most horrific story of the last four years has been the complete surrender of the GOP to Trumpism, not just on policy but on everything. The party that once imagined itself to be about ideas became a cult of personality for one of the most deplorable personalities in political history.

This suggests that the dysfunction in the GOP was a pre-existing condition; and that bringing the party back to sanity won’t be easy. As a matter of political hygiene, getting rid of the Orange God-King is necessary but far from sufficient.

The transactional nature of the Senate GOP’s groveling surrender to Trump is straightforward: Simply ignore his awfulness and you will get things you want. That bargain required ignoring an ever-growing pile of awfulness. At some point the ignorance morphed into rationalization and ultimately active collaboration.

The political calculation was also uncomplicated: Breaking with Trump would be political suicide because it would bring nasty tweets and aggravate the base. Earlier this year, Senate Republicans decided to tie their fates inextricably to Trump, including “an apparent end to public disagreements for the next six months until the party is past the election.”

The question now is: Should we attempt to rescue them from the consequences of that decision?

Lewis evidently thinks so because the alternative would be so much worse. He cites the Lincoln Project’s broadside against Trump’s Senate enablers, noting that it is “a compelling ad.” But, he asks, “is this a smart strategy for conservatives who want to restore the Party of Ronald Reagan and not empower the party of Alexandria Ocasio-Cortez?”

But, wait. If the Democrats were actually the party of AOC, Joe Biden would not be its nominee; we would be talking about Bernie. The fact that we are not is not trivial. But except for this bit of Don Jr.-level strawmanning, Lewis makes a more substantive case.

“Just because you think Trump is horrible doesn’t mean you should cheer a 180-degree backlash,” he writes. “Losing the Senate would leave Republicans with little power to block a progressive, pro-abortion Supreme Court Justice nominee. . . . And when President Biden is trying to raise the top marginal tax rate north of 50 percent, I want enough Republicans in the Senate to be there to stop it.”

All of this has elements of truth, but isn’t it also the sort of transactional argument that gave us Trumpism in the first place? It profits a man nothing to give his soul for the whole world . . . but for marginal tax rates?

Lewis is on stronger ground when he warns that defeating some of the moderate senators like Susan Collins might leave the GOP more Trumpy than ever. So he cautions against destroying the party to save the party.

What kind of salvation is that?

This is not a new argument among Never Trumpers. Back in 2018, George Will made the case for repudiating the entire GOP:

The congressional Republican caucuses must be substantially reduced. So substantially that their remnants, reduced to minorities, will be stripped of the Constitution’s Article I powers that they have been too invertebrate to use against the current wielder of Article II powers. They will then have leisure time to wonder why they worked so hard to achieve membership in a legislature whose unexercised muscles have atrophied because of people like them.

The good Republican he had in mind was Marsha Blackburn. He noted that even before the election, Blackburn “is so Trump-friendly that she actually signed a letter nominating him for the Nobel Peace Prize. (Really? Really?)” But, he announced that he would “happily vote for Marsha Blackburn over Phil Bredesen.”

enough of Blackburn’s character to see her likely destiny as a senator. And I’m supposed to throw all that away because of Trump? No. He’s not that important. Conservatives, hold steady. Good conservative men and women still deserve your vote.

How did that work out?

Earlier this year, Blackburn took a leading role in the campaign to smear and impugn the patriotism of Lt. Col. Alexander Vindman, who had testified to Congress about Trump’s July 25, 2019 call with the Ukrainian president.

“Adam Schiff is hailing Alexander Vindman as an American patriot,” Blackburn tweeted. “How patriotic is it to badmouth and ridicule our great nation in front of Russia, America’s greatest enemy?”

The charge was baseless and despicable. But Trump retweeted her and she never backed down. Instead, Blackburn launched what Politico described as a “multimonth, multimedia crusade against Vindman.”

Vindman’s lawyer, former ambassador David Pressman, called her attacks “a testament to cowardice.” “While Senator Blackburn fires off defamatory tweets, Lieutenant Colonel Vindman will continue to do what he has always done: serve our country dutifully and with honor,” Pressman said.

In the patriotism scale, a Purple Heart beats “bone spurs.” Yet we see where you stand. https://t.co/nTBhWpRyPZ

So much for Blackburn’s “destiny as a senator.” (Keep in mind that I write as someone who once upon a time vouched for the character and judgment of Ron Johnson.)

The story of Marsha Blackburn is merely one small chapter in the long book cataloguing the many ways that Trumpism corrupts everything.

Here’s another example to keep in mind. When Trump declared a national emergency to circumvent Congress and build his wall, for Republican legislators it was a time for choosing: Support Trump or the rule of law. It was perhaps a defining vote because it tested the GOP’s commitment to both constitutional norms and limited government.

Writing in National Review, David French laid out the stakes:

Some Republican senators did, in fact, stand on principle.

But then there was Thom Tillis. He not only wrote an op-ed in the Washington Post declaring his opposition to Trump’s order, but he then boasted of his political courage in doing so. “It’s never a tough vote for me when I’m standing on principle,” Tillis told a Post reporter.

It is my responsibility to be a steward of the Article I branch, to preserve the separation of powers and to curb the kind of executive overreach that Congress has allowed to fester for the better part of the past century. I stood by that principle during the Obama administration, and I stand by it now. . . . There is no intellectual honesty in now turning around and arguing that there’s an imaginary asterisk attached to executive overreach—that it’s acceptable for my party but not thy party.

And then he caved, voting to approve Trump’s move.

His flip-flop was as abject as it was surprising. As Commentary editor John Podhoretz tweeted at the time, Tillis’s vote was “a weasel action the likes of which we’ve rarely seen.”

There is nothing unique about Tillis or Blackburn: They are what the Senate GOP has become. On issue after issue—the deficit, impeachment, racial justice, corruption, the assault on the rule of law, and basic oversight—Senate Republicans have distinguished themselves by failing to uphold their most basic constitutional responsibilities.

Some have simply fallen silent, while others have turned themselves into low-rent internet trolls.

Worse: they have squandered their credibility. Only the profoundly naïve can imagine a John Cornyn making a credible case against executive overreach; or Kelly Loeffler for ethics in government; or Lindsey Graham defending the rule of law. Which Senate Republican would not be laughed off the stage if he or she attempted to warn now against the dangers of an exploding national debt?

Of course, we need to be realistic: If Senate Republicans are defeated en masse, they will not necessarily be replaced by angels or statesmen, and the policy implications will not be pleasant for conservatives.

There are, however, no permanent victories or defeats. Parties can renew themselves in the wilderness.

But if the GOP does not somehow renew itself—by purging the foul air of its current corruption—it will find itself in the wilderness for the next 40 years as it tries to explain its history of Vichy Trumpism.

Where does that leave us?

I have nothing but respect for Mitt Romney, and if I lived in Nebraska, I would probably come around to voting for Ben Sasse this year. And throughout the nation, there are smart, principled, competent Republican governors like Larry Hogan, Charlie Baker, and Phil Scott.

As for the rest of them: Burn it all down. 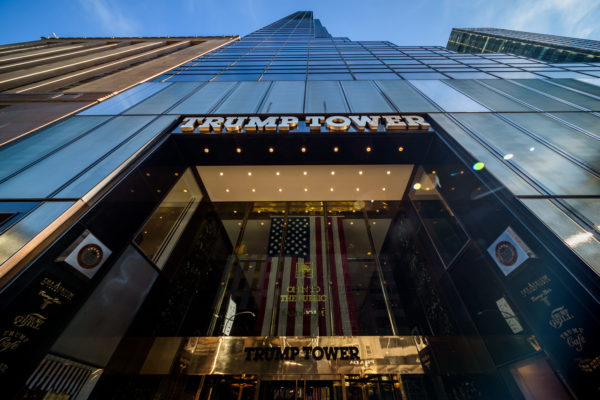 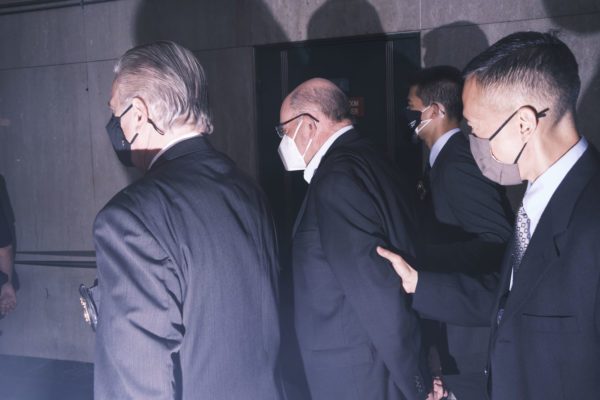